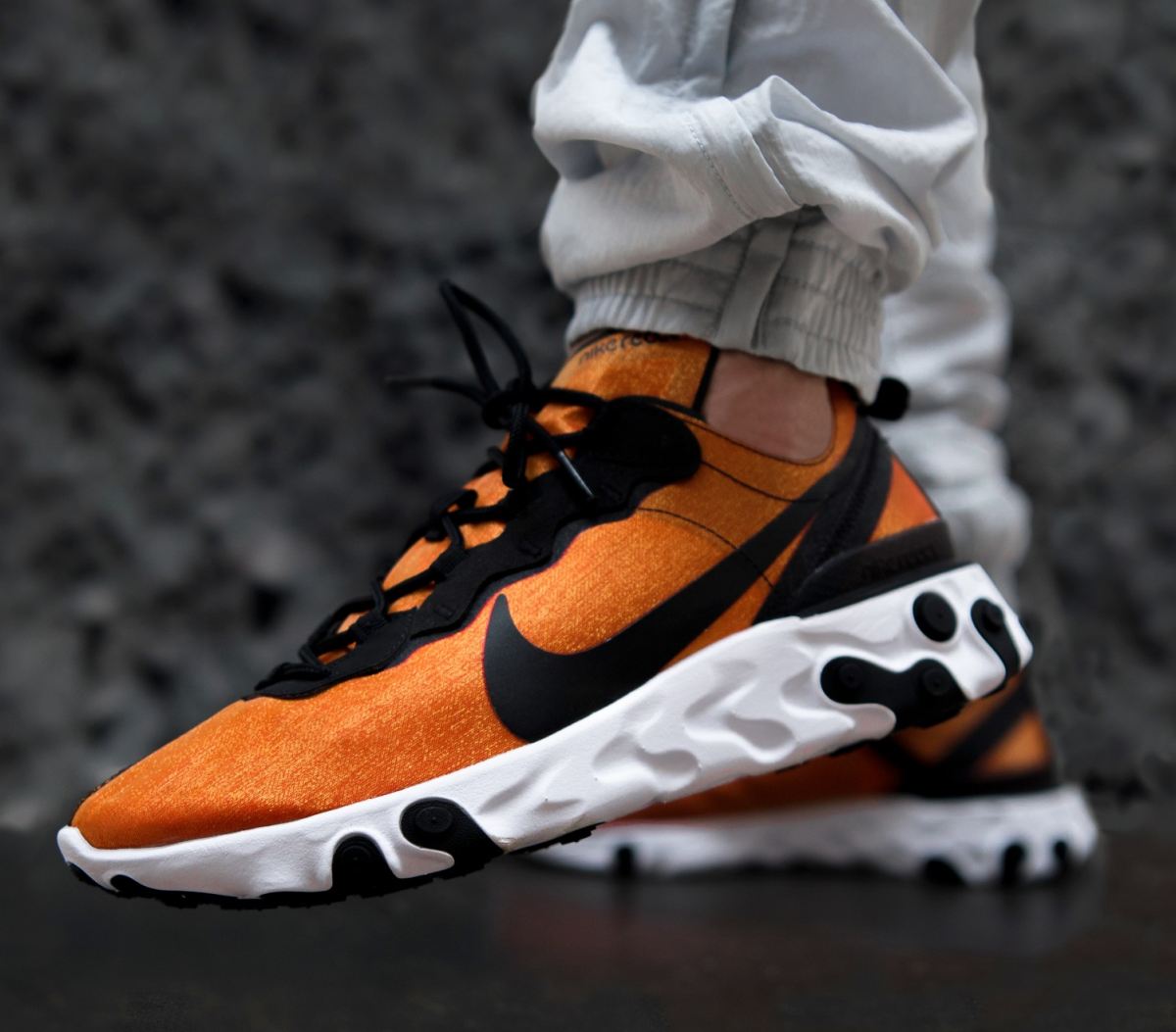 In case you just want something different!

We have collected the top 10 coolest orange trainers mens for you. Look below quickly and you’ll be ready!

Our number 10 in the top 10 orange trainers mens is an airy, cheerful shoe.

With this trainer, Adidas opts for a striking look and the best performance.

This orange variant radiates exactly that. As for us, a perfect trainer to meet the summer headlong! 🙂

You can ceaselessly talk about this Vapormax. There is so much to it.

The translucent design, the striking profile of the sole, the reflective swoosh, the orange upper, the green heel…

Very busy and at the same time it all fits perfectly together. A very tough version of the Nike Air Vapormax.

A seemingly simple design, which is very nicely reflected in this hard orange.

Inspired by the successful Chuck trainer as it looked in 1970.

You can just imagine that this sole of the Adidas Kamanda is starting to spin and allows you to drill a huge hole in the ground. What a monster!

The gum rubber outsole is also based on that of the Adidas Samba. Only it got a little out of hand.

A casual trainer, they’re saying at Adidas. But what exactly do they find so casual about it…?

We know the Air Force 1 as the classic basketball shoe with the sleek design.

Meanwhile, they’ve created an infinite number of variants, including this “Realtree” version.

Fully finished in various shades of orange and a Realtree camouflage print.

Stylish, adventurous, recognisable, unique. It all comes together nicely in this Nike trainer.

Actually, this is just a classic Marathon but with a modernised Boost midsole.

With an upper of suede and nylon with reflective stripes.

Very nice in this matte orange.

An iconic New Balance model with a durable design. The upper is made of leather, suede and ventilating mesh.

And that “Desert Gold” we find a nice shade of orange, actually.

As far as we are concerned, the upper is well reflected in these bright orange shades with a hint of black and white.

Add some black to on it and ready: once again a unique copy.

How simple can it be?

The number 3 in our top 10 orange trainers mens proves that you really don’t have to go all out to get a nice trainer.

Sometimes it’s even better to just stay as close to the original as possible. And if you choose orange textiles, it actually does the rest.

Also known as the Nike Air Max 720 “Sunset”. In fact a bit of a threatening sunset, if you ask us.

This is undoubtedly due to the pitch black sole, laces and lines. These give the warm orange glow almost something sinister.

The Air Max 720 is a striking trainer anyhow because of the huge air chamber and the sleek design. The colours on this one add a little extra to that.

Haven’t seen enough orange yet after this top 10 orange trainers for men?